Siraatul Haq Madrasah was established in 1985 in the northern KwaZulu Natal town of Estcourt when Mufti Ebrahim Salejee arrived there after returning from India where he completed his tertiary Islamic studies. A Madrasah, a form of Vernacular School, provides for the religious education of Muslim learners where they are taught lessons from the Quran and the life of the Prophet Muhammad (Peace be upon Him), and the rituals of Islam. The focus is on a Muslim’s relationship with God, responsible adulthood, good character and etiquette, Social Justice, charity and equality. Muslim learners usually attend public schools up to 14h30 each day; thereafter attend the Madrasah between 15h00 and 17h00. The length of the day, and the additional travelling in terms of time and cost put tremendous pressure upon both learners and their parents. In addition, learners are unable to function optimally in the late afternoon with the result that their religious studies are compromised.

In 1991, in response to these challenges, Siraatul Haq Madrasah evolved into the Siraatul Haq Islamic School and Madrasah. The School was an alternative to the Status Quo, by offering an integrated curriculum, incorporating both academic and Islamic education. This presented the community with a viable alternative for the holistic training of their children.

Siraatul Haq Islamic School is constituted in terms of the constitution of the Republic of South Africa, and the South African Schools Act, and adheres to their following principles:

the right to establish and maintain, at their own expense, independent educational institutions that –

(a) do not discriminate on the basis of race;

(b) are registered with the state;

(c) maintain standards that are not inferior to standards at comparable public educational institutions.

and,  any person has the right to set up and run an independent school, provided it is registered. A school will only be registered if:

In line with its religious ethos, the school does not discriminate on the basis of religion, gender, colour, or race. The school is especially sensitive to the needs of the community it serves, many of whom live with unemployment, poverty and chronic illnesses. Many parents are exempt from paying school fees and others are subsidised.  The school is unable to sustain itself under these circumstances and is dependent on the goodwill of donors.

In terms of the registration and quality of instruction, the school, a Section 21 company, is registered with the Department of Basic Education, KwaZulu Natal and offers the National Senior Certificate, by implementation of the Curriculum Assessment Policy Statement. The school also has accreditation with Umalusi, the Council for Quality Assurance in General and Further Education and Training, and is a recognised examination centre. With private institutions providing a better service, and with the many challenges facing the public school system of the country, schools like Siraatul Haq are fast becoming the first choice among parents looking for an alternative.

The school has a proud history and many achievements. 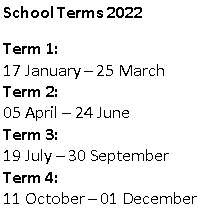 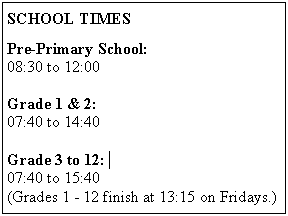